The eagerly awaited High Court decision on the case being brought by the residents of the Neo Bankside Apartment Block against the Tate Modern Gallery has determined that the viewing platform, offering uninhibited views into their homes, does not amount to an actionable nuisance or invasion of privacy.

The dispute dates back to when the Tate Modern first unveiled designs for the new Blavatnik building in 2009.  The building incorporates a Level 10 viewing platform and was an integral part of the design, offering visitors stunning 360 degree views of London and the surrounding areas. Residents of the adjacent apartment complex claimed that gallery visitors were using zoom-lens cameras and binoculars to peer inside their glass-walled homes when the platform first opened in 2016.

The residential block in question, the Neo Bankside Development, opened in 2012.  A prominent feature of the design of the apartments is the use of ceiling to floor glass walls, which offer their own impressive views of London. Unfortunately for the residents, it also means that there are impressive views into their apartments from the viewing platform on the Tate Modern.

The residents collectively brought a claim in 2017, suggesting nuisance and breach of privacy under the Human Rights Act. At the time, it attracted significant media attention to the extent that in 2018, artist Max Siedentopf ironically installed binoculars on the viewing platform so that visitors could better enjoy the view of the neighbouring apartments.

Mr Justice Mann was relatively dismissive in his decision, ruling that the residents had submitted themselves to sensitivity to privacy due to the prominent use of glass in their homes.  The glass wall design, while offering them impressive views, could reasonably be foreseen to come at a price in terms of privacy.  Mr Justice Mann also felt that the Tate Modern had taken reasonable steps to alleviate any infringement by significantly reducing the opening hours of the platform.

The residents are clearly disappointed with the decision and their lawyer has suggested that they are considering an appeal.

The case serves as a reminder that parties need to take into account all local searches when considering purchasing a property.  In this case, the designs for the viewing platform were available from 2009 and the apartment block did not open until 2012.  Therefore, reasonable searches would have identified the potential for the viewing platform to cause issue with regards to the privacy of the apartments when it eventually opened.  This would have highlighted the potential for invasion of privacy to any prospective purchasers if properly considered.

If you would like any more information on this matter, please contact Property Litigation Partner, Claire-Elaine Arthurs at claire-elaine.arthurs@gunnercooke.com 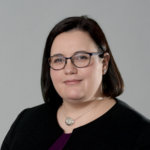