Leading up to the Land Registration Act 2002 there was a school of thought that minerals interests were irrelevant and within 15 years those interests would no longer have any effect.

It was this rationale that led to the changed status of manorial rights and those rights which previously had overriding status under the Land Registration Acts ceasing to have that status with effect from 13 October 2013. However rather than there being a reduction in the number of incidents where minerals are of relevance, since the implementation of the 2002 Act there has been an increase in ransom situations arising out of a severed mineral rights.

These claims arise where the ownership of the minerals is separate to the surface ownership, hence the expression severed minerals. Generally, what happens is a site is spotted as being suitable for development and either during the legal due diligence or during the planning process the potential developer becomes aware of a third-party interest in the land by minerals ownership and the potential for that interest to frustrate the surface development.

We are now seeing a steady trickle of these cases, approximately 10 to 12 each year and have acted for both mineral owner in obtaining payments and developer in dealing with a claim for payment.

The law is fairly straightforward, interference with a third party’s rights in property is a trespass, minerals are a right in property, and so accordingly any interference with those minerals maybe a trespass. It is not necessarily required for the surface developer to “touch” the minerals by for example digging foundations at depth to generate a claim in trespass because depending on the geological make-up of the land in question there may be surface minerals (for example sand and gravel) which are worked by entry onto the surface and any development on the surface has the potential to sterilise those minerals.

Accordingly, when consulted on these matters the first steps are to identify whether there has been a severance, whether there are powers of working and if so whether these are by surface working or underground working, identify the material which has been severed by examination of the geological makeup of the site and possibly obtaining expert geological evidence (and unfortunately to complicate matters there is no one legal definition for what is a mineral, that in itself is a subject which is capable of its own article) and whether the actual development will result in a trespass.

We are often asked to advise on the amount of damages a court would award as the developer will want to factor these in their negotiations to acquire the mineral interest/ negotiate with the surface owner. Unfortunately, there is no hard and fast rule and there are very few cases which of go to trial, but generally the view is that the damages would be such sum as the parties negotiating at arms-length would be prepared to agree as a sum suitable for the purchase of the right. Some case law does give guidance but generally the parties are looking for a percentage of the uplift in the value of the land arising out of the development, sometimes expressed as a price per plot, sometimes expressed as a one-off payment but always the process results in a horse trade. There will be a point in time when the minerals owner’s position is at its strongest, conversely there will be a point when it is most advantageous for the developer to negotiate. Generally, the minerals owners position is at its strongest once there becomes some time pressure on the development, either because the parties have gone through the planning process and planning permission is close to being granted or surface development has commenced with time pressure on proceeding with that development.

Practical steps that can be taken by the developer is to identify through legal due diligence if there is a problem and seek to obtain insurance at an early stage. Care needs to be taken in obtaining insurance, once too many enquiries have been made insurance will not be available. Once it is identified there is an identifiable beneficiary and/or that beneficiary has taken steps to protect its minerals interest then insurance will not be available, and it will be necessary to negotiate to seek to obtain the rights.

Each case has to be determined upon its own facts so regrettably there is no one answer. However, the minerals team gunnercooke has in excess of 60 years’ experience in dealing with these claims and minerals development generally and by using that experience can help obtain a settlement which enables the development to proceed. 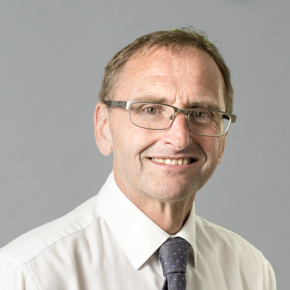