Housing Complaints Resolution Service: What’s it all about?

Housing Complaints Resolution Service: What’s it all about?

Given the current political climate it isn’t at all surprising that the government’s latest plans to “create a housing market that works for everyone” slipped out more or less unnoticed last week.

The proposals follow last year’s consultation on Strengthening Consumer Redress in the Housing Market and suggest the launch of a new single complaints service serving the entire housing market, covering the rented and owner-occupied sectors.

This is rather undermined by the fact that social housing will have its own separate scheme but it is intended to provide a single complaints/ombudsman service for all (except social housing tenants presumably).

There are currently limited protections for (most) private rented tenants under existing legislation and additional regulations for Houses in Multiple Occupation.

The new scheme proposals are light on detail but one firm stated intention is that ALL private landlords will have to register for a new redress scheme or face fines of up to £5000.

The government has also confirmed plans to establish a New Homes Ombudsman (although whether this is separate again isn’t clear). This is aimed at developers and will “champion home buyers and hold developers to account”.

Legislation will be required to require all developers to belong to the Ombudsman Scheme and if they have not joined by 2021 they will not be permitted to participate in Help to Buy. Whether this will be accompanied by fines as with the private rented sector is not clear. Nor is it clear what the definition of “developer” will be and thus whether being prevented from taking part in the scheme will be a deterrent to all.

It remains to be seen what form the final regulations will take and what effect they will have on the market. Stand by for further comment as matters progress.

If you would like any more information about this matter please contact Real Estate and Construction Partner, Tom Seabrook at tom.seabrook.gunnercooke.com 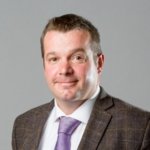